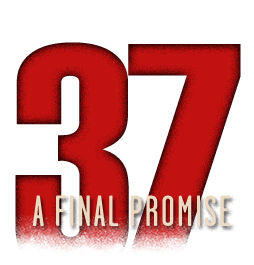 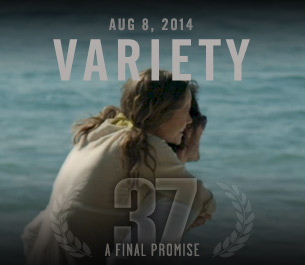 Batinkoff does quadruple duty as director, co-producer, co-scripter (with Jesse Stratton) and star of the filmed-in-Los Angeles feature, which pivots on the fateful intersection of two lives rapidly approaching dead ends.

Adam Webb (Batinkoff), the moody, much-tattooed lead singer for a semi-legendary group called Wendigo, seems conspicuously underwhelmed while hyping the upcoming release of the newly reunited band's first new recording in years. Could be that his mind is on graver matters: The album is supposed to drop in just a few weeks, on his 37th birthday — the very day he has vowed to kill himself, as punishment for his role in his kid brother's death years earlier.

Even so, despite his guilt, despair and suicidal ambitions, Adam isn't yet immune to the charms of a lovely lady like Jemma Johnstone (Scottie Thompson), whom he meets cute backstage at the Roxy Theatre after a Wendigo concert. All it takes is one brief encounter for the gloomy rocker to start smiling and forget — albeit briefly — the past that is, quite literally, haunting him. Unfortunately, the longer he's with Jemma, the more he realizes that he's not the only one who's buckling under the weight of impossibly heavy baggage.

Batinkoff and Thompson develop a potent chemistry together, especially in those scenes where their characters share secrets and reveal intentions. At several points, the film veers perilously close to the edge of mawkishness — or, worse, inadvertent comedy — but the leads are impressively adroit at keeping the film grounded in persuasive emotional truth.

Bruce Davison brings a similarly useful conviction to his performance in a relatively small yet key supporting role as a psychic who views his own abilities with equal measures of skepticism and respect. Both the character and Davison's performance are deftly understated, which speaks well of Batinkoff's filmmaking instincts regarding what buttons are best not pushed.

Once it becomes clear that "37: A Final Promise" really isn't going to follow through on early feints toward supernaturalism, the film settles into a largely satisfying groove, driven by the efforts of its romantic leads to comfort, if not save, each other. Apt literary references — ranging from Samuel Coleridge to Dalton Trumbo — are eased into dialogue with a nary a trace of self-consciousness, and the details of rock-music performance and celebrity are evoked with reasonable verisimilitude. (The Wendigo songs are provided by real-life rockers Dark Chapter.) Attractive color lensing by Wes Cardino is the film's standout production value. 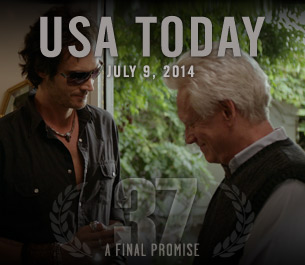 Rocker weighs life and death in '37: A Final Promise'

Randall Batinkoff and Scottie Thompson star in an excluisve trailer from the movie "37: A Final Promise." Gravitas Ventures

Music fans have heard of the infamous 27 Club, but the musician at the heart of the movie 37: A Final Promise decides another age is appropriate to go out like a rock star.

Based on the Guy Blews memoir 'How Angels Die', 37 (in theaters and on VOD beginning Aug. 8) stars Randall Batinkoff — also the film's director and co-writer — as Adam Webb, the lead singer of a popular rock band who's been haunted by an incident from his childhood for most of his life.

Adam decides to end the pain — and his own life — on his 37th birthday, but 12 weeks before that and the release of his band's final album, he meets and falls in love with Jemma (Scottie Thompson). She begins to give him something to live for, though she harbors her own demons. 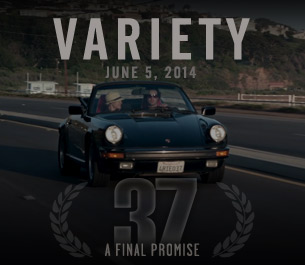 Independent rock star drama "37: A Final Promise" has been set for theatrical and VOD release on Aug. 8 by Gravitas Ventures.

The story, based on the Guy Blews novel, centers on a rock star who plans to fulfill a vow to kill himself on his 37th birthday to atone for a crime he committed as a child. With only 12 weeks to go before his expiration date (and release of his final album), he meets and falls madly in love with Thompson's character. 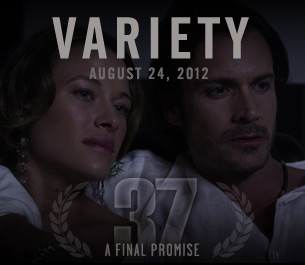 Bruce Davison and Randall Batinkoff have come onboard indie drama "37," set to start shooting next month in Los Angeles.

Leila Djansi is producing through her company Turning Point Pictures along with Aarimax Films.

Batinkoff is making his feature directorial debut and will helm from a script he co-wrote with Jesse Stratton.

Story, based on an unpublished book written by Guy Blews, centers on a rocker (played by Batinkoff) who makes a pact to kill himself when he turns 37 out of guilt over the death of his brother. Several months before his 37th birthday and the release of his comeback album, he falls in love with a terminally ill woman.

Davison will play a psychic who helps the rocker find peace.